Skip to content
Home
|
The Tradition of Convocation Gowns 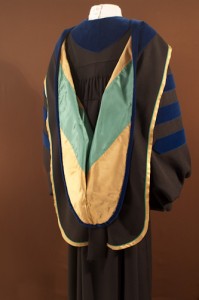 Graduates have been wearing formal gowns to symbolize the completion of their education for centuries. Wearing a cap and convocation gown are meant to represent the graduate’s academic achievements and years of hard work. The tradition of wearing a gown started in the 12th century when universities were being built throughout Europe. Back then, the centralized heating systems we’re accustomed to today didn’t exist, and students had to wear clothes made from heavy cloth to stay warm. They began wearing long robes with hoods while studying in the drafty, cold universities. Later in the same century, these long, hooded gowns became the official dress of academics. Scholars also started wearing square caps, dubbed ‘mortarboards’ because of their resemblance to a device masons used to hold mortar. The caps were meant to symbolize intelligence.

Today, graduates of all ages wear convocation gowns and caps to mirror the traditional academic dress. From children graduating kindergarten to doctoral graduates, graduation caps and convocation gowns worn in a variety of styles and colours represent their academic achievement and progression.

Harcourts was founded in 1842 in Toronto, and is North America’s oldest robemaker and gown rental in Toronto. Today, we offer our clients legal robes, choir robes, and convocation gown rental. Our garments are still hand-sewn and tailored in Toronto, and we’ve maintained our tradition of superior workmanship for over a century. Harcourts has the highest quality robes and gown rental in Toronto, as we use time-tested materials and combine the best of traditional and modern technology to ensure strong stitching, beautiful detailing, and custom fitting. Our gowns are also hand-shirred to produce the traditional fullness and elegance of traditional robes. Visit Harcourts’ website to learn more about our product offerings and convocation gown rental service.